New release - A subject that is often pushed under the carpet-based on a true story! 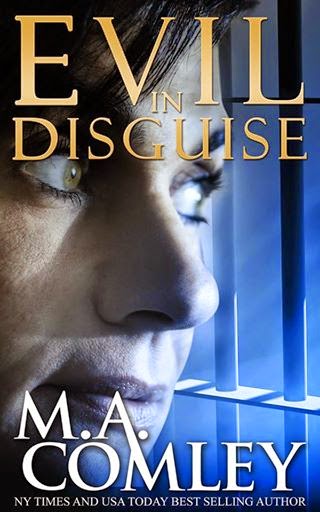 Be warned - This book will not appeal to all of you. It covers the disturbing topic of mental and physical abuse which takes place during a thirty year marriage. It is based on a fan's true story. If you want to grab it for 99c/77p, do it within the next few days, guys.

It is a harsh reality in today’s society that domestic violence is so prevalent. Don’t take my word for it here are the worldwide statistics. www.domesticviolencestatistics.org

Every nine seconds in the US a woman is assaulted or beaten.

Around the world, at least one in every three women has been beaten, coerced into sex or otherwise abused during her lifetime. Most often, the abuser is a member of her own family.

Domestic violence is the leading cause of injury to women - more than car accidents, muggings, and rapes combined.

Based on reports from ten countries between 55% and 95% of women who had been physically abused by their partners had never contacted non-governmental organisations, shelters or police for help.

Read one lady's true account of the horrors that goes on behind closed doors in EVIL IN DISGUISE.
Drop by my author Facebook page for the chance to win a signed copy of FOUL JUSTICE. Here


The first reviews are in: this one is from the lady who was the inspiration behind this touching story.

I was given a advance free copy of this book but I will give you my honest opinion.

This story is about domestic violence and how it can leave a person venerable—leaving a person susceptible to becoming easy prey. Predators and scam artist are usually successful in their endeavor because they usually pick a person who is emotionally fragile and in desperate need of emotional support and understanding. A con artist will say anything that he/she feels is what the victim wants to hear—even though this is not how they truly feel.

And this is how Jenny became prey. First she was prey to her abusive husband and later to a scam artist. She suffered many years of abuse before it all came to an end. I won't tell you how the abuse ended because I don't want to spoil it for you. You will need to read about the kind of abuse she suffered for years to understand exactly why she felt as she did when all the abuse finally ended.

Unless someone has suffered abuse at the hands of another it is hard for them to understand why women put up with it—especially if it has gone on for years. There are many reasons why women put up with it. For some it may be because of promised threats made toward the victim's family. Economic reasons and lack of education is some times a reason for staying in an abusive relationship. The woman may lack an education and can't work to make enough money to support herself and her children. And fear is also a big factor of why women stay with their abusive husbands. In the US more women are killed by their husbands or boyfriends than by a stranger. Most of these women who were killed was because they sought help from the law for protection. The law can not protect these women 24 hours a day, and after all, a restraining order is just a piece of paper. If an abusive partner wants revenge no law can protect the woman. Abuse is all about control—and that is why these abusers seek revenge because they have lost control over the victim when she left him. I know this to be true because a dear friend and co-worker of mine was killed by her husband because she left her abusive husband and had a restraining order taken out against him. He found her and killed her in front of their 3 kids. So please don't say, "she must like it or she would leave him"—you don't know or understand why she couldn't leave—don't judge her!! Pass judgment on the abuser!

While reading Jenny's story I got chills when the inmate, who she later got involved with, went to court and testified in his own behalf. Word for word that you read in this book is exactly what in real life he really did say in court. I know because I read the newspaper accounting of the actual trail. So know as you are reading this book that it really was based on actual events. The names and locations in this story are about the only thing that was changed—in order to protect the innocent. So if you like true stories that are written as if it were fiction, then this is the book for you. I hope this book opens the eyes of people who don't understand abuse and make them realize how much it does go on—and a lot of times behind closed doors.

The following is some facts that you might not know:
According to the U.S. Surgeon General, domestic violence is the leading cause of injury to women in the United States.
The American Medical Association estimates that their male partners assault 2 million American women each year.
The U.S. Department of Justice estimates that 95% of the victims of domestic violence are women.
A woman is beaten every 15 seconds in the United States. (Bureau of Justice Statistics, Report to the nation on Crime and Justice. The Data. Washington DC Office of Justice Program, US Dept. of Justice. Oct 1983)
35% of all emergency room calls are a result of domestic violence.
Of those who abuse their partner, well over 65% also physically and/or sexually abuse the children.
Each day .....4 women die as a result of abuse.
Each day .....3 children die as a result of abuse.
The Federal Bureau of Investigation reports that 32% of female homicide victims are killed by their intimate partners. (Federal Bureau of Investigation, Crime in the United States 1999.2000)
Anywhere from 1-3 million women are battered each year by their intimate partner. (Bureau of Justice Statistics, Intimate Partner Violence. Washington DC, 2000.)
In the United States, a woman is more likely to be assaulted, raped, or killed by an intimate partner than by any other type of assailant. (ibid.)

You can find the rest of the facts here:
http://www.domesticpeace.com/ed_nationalstats.html

and the second one:

5.0 out of 5 stars One woman's frightening ordeal September 17, 2014
By Relax and Read Reviews
"Her clothes not only covered her modesty, they also hid the bruises from his beatings."

DOMESTIC VIOLENCE is the central theme in Mel Comley's latest book 'Evil in Disguise'. This psychological thriller is quite different in style from her famous 'Justice' series ones. Some may find this book somewhat hard to read as it's a real, terrifying account of a woman who suffers terribly at the hands of her abusive husband.

"... behind our locked bedroom door, that's where his true darker side emerged."

To a total stranger and even to her three children, Jenny Slater seems to be living an ideal, happy, married life with her husband Bill who adores her ... but nothing can be further from the truth. Behind closed doors, Jenny is living a horrible nightmare. At home she is subjected to continuous beating and sexual violence. She is treated worse than a slave and finds herself trapped in a domestic violent situation through isolation, insufficient financial resources, fear and shame.

Will Jenny ever manage to get out of her desperate situation?

One day, Jenny receives a letter from the States, but this time it isn't from her pen pal Helen, it's from a complete stranger. Who is this person? How does this person even know of Jenny's existence? Should she believe the words in the letter? Or is it just a scam, someone just trying to further abuse her fragile state? Should she just ignore the letter?

... Or reply? But is she jumping out of the frying pan and into the fire in doing so?

Sadly, many domestic violence cases go unnoticed as the victims are afraid to report to and to seek help from the authorities. It's unnerving to think that without no one knowing, a relative, friend or work colleague with whom we interact in our daily lives, might be subjected to such an atrocity behind closed doors.

Through this thriller Mel Comley does a great job in giving voice not only to domestic abuse victims, but also to scam victims. Many people are unknowingly falling victims to fraudulent schemes performed by dishonest individuals, groups, or companies.

Knowing that this book is based on a true story, as I was reading, I felt as though someone was literally squeezing my throat. It's shocking even to imagine what this woman went through.

I highly recommend 'Evil in Disguise' as it has certainly provided me with some interesting food for thought ... Hats off to Mel Comley!!
Posted by Mel Comley at 2:20 AM 0 comments

Announcement of the winners in my giveaway and news of a freebie.

As promised it's time to announce the winners of the giveaway I ran recently to correspond with the latest release in the Justice series, Tortured Justice. Thank you all for taking part. I must say that not all the entries are listed below as some people signed up to my newsletter who do not use social media at all. These people contacted me personally via email asking if this limited their involvement, of course I said it didn't.

So without further ado I'm delighted to announce that $50/£30 gift vouchers go to the following winners. Please let me know which one to send you personally obviously it depends where in the world you live. :-)


But wait... there's more good news. For the next few days you can pick up a copy of TORN APART - the first book in the Hero series for FREE.

It's here at last! The ninth, yes the NINTH, book in the bestselling, award winning Justice Series. 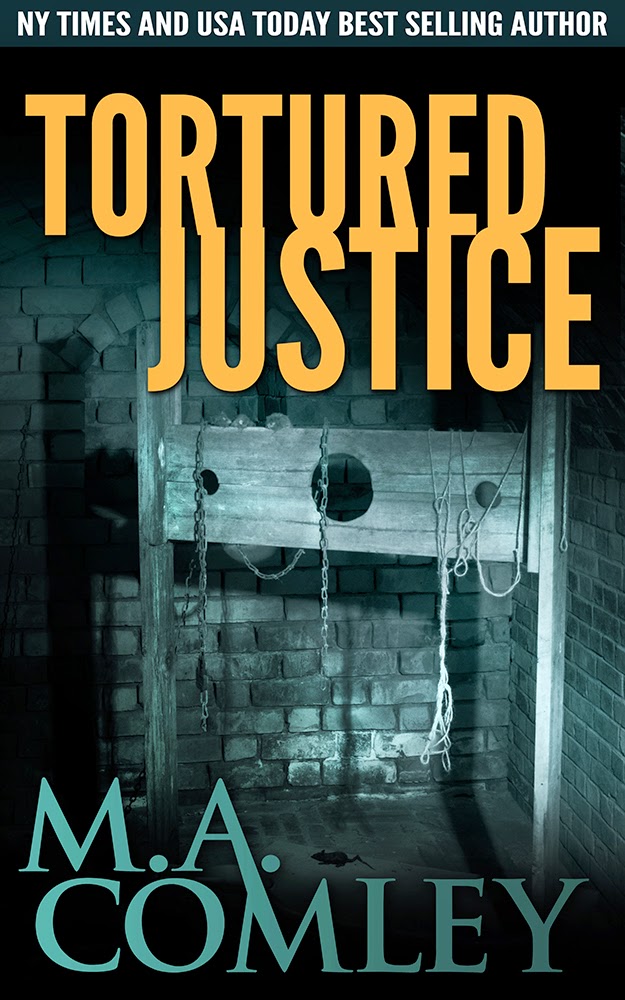 Here's what to expect in TORTURED JUSTICE which is on offer at only 99c/77p for a limited period.

Revenge... some cups spilleth over.DS Lorne Warner and DI Katy Foster are investigating the murder of a man killed with an unusual weapon. The case takes a turn when two brothers disappear within the vicinity of the murder.Lorne and Katy quickly determine that they may be after a group of serial killers out for their own sort of justice.


But stop right there! Do you want the chance to win a $50/£30 Amazon gift voucher? Here's your chance to be one of THREE winners.

Chance one: All you have to do is download the book on Amazon UK Here or Amazon.Com Here and leave an honest review of the book then leave a comment below.

Chance two: Sign up to my newsletter Here for the up to date and latest news regarding new releases.

Winners announced on the 10th September.

Happy reading folks. Look out for another new release coming next month in the form of Evil In Disguise. 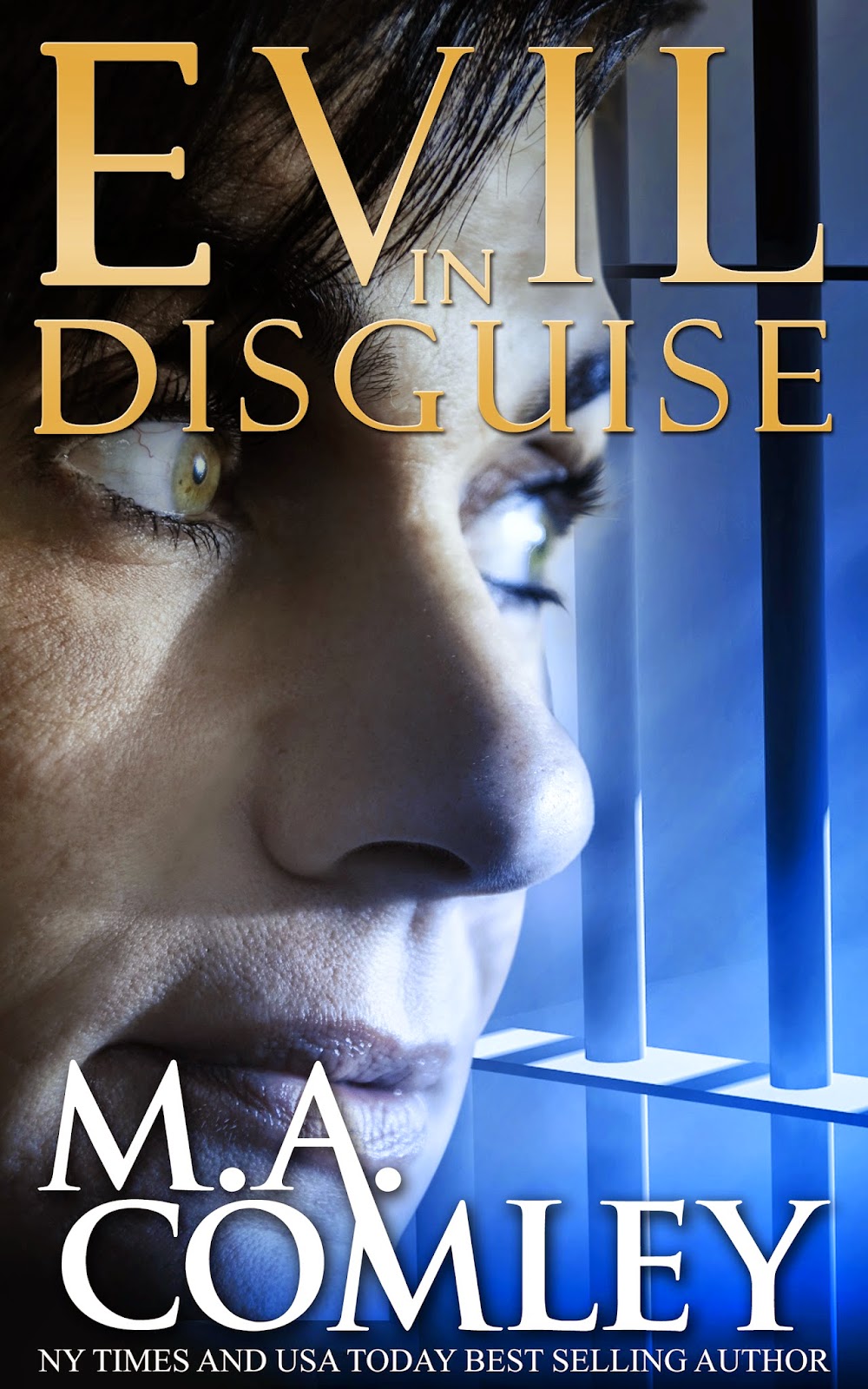