Here's the link if you'd like to take a peek.

This week it's an honour and a privilege to welcome best-selling legal thriller writer Melissa F Miller to my blog. 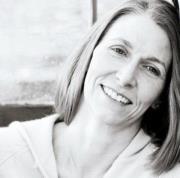 1. When and why did you decide to become an Indie writer?


I decided to go the indie route in January 2011. At that point, I had submitted Irreparable Harm to several agents and had gotten some nibbles of interest, but no offers of representation. As you and I both know, the process of finding an agent and ultimately selecting a publisher can be a long one. If there’s one thing I lack, it’s patience! I really believed Irreparable Harm was a book that readers would enjoy, if I could get it into their hands. In addition, smartphone technology is central to the plot (a madman develops an app that can crash a plane). It occurred to be that if I spent years and years trying for a traditional publishing deal, the book might be dated before it even saw print! So, I started investigating independent publishing options, and here we are.


My series is a legal thriller. I have plans to write a young adult novel and a women’s literature novel, but for now my focus is on crime writing. I read widely, and there’s no genre that I won’t read. I mainly rely on recommendations from friends and family for my reading material. But, my “go-to” reading, when I want a book that’s going to hook me and keep me up all night, turning pages, is crime fiction/mystery and thriller.


3. Where do you sell most books, USA or UK, Amazon or Barnes and Noble?


Right now, my ebooks are exclusively available at Amazon. I sell the overwhelming majority of them through the Amazon USA store, although sales in the UK have picked up.

4. During your childhood who was your biggest influence?


I am sure this seems like a trite response, but it happens to be true: my parents. I’m the oldest of three children, and I have always had an academic bent (nerdy!). My parents never once suggested there was a limit to what I could do, despite being a female and coming from a very modest background. So, I naturally believed I could do anything! What I wanted to do, from a young age, was read and write. I was lucky enough to have two special teachers in high school who really helped me along that path.

5. Are you fortunate enough to write full-time?


Not exactly! I’m a practicing attorney, and my husband (who is also an attorney) and I run a two-person law firm. So, I am pretty busy with the day job. I am fortunate, however, to have a great deal of control of my schedule and a supportive family, so I can fit in my writing in a way that just wasn’t possible when I used to work at a large law firm.

6. If Hollywood came knocking who would you want to play your main character?


What a fun question! Sasha is tough as nails but tiny. Angelina Jolie pops to minds, as does Natalie Portman. (If either is reading this, give me a call!)

7. Name 6 people, dead or alive, you’d love to have as guests seated around your dinner-table.


U.S. Supreme Court Justice Ruth Bader Ginsberg, best-selling novelist Lee Child, Laura Ingalls Wilder, Marie Pasteur, Jon Stewart, and the Buddhist monk Thich Nhat Hanh. Although my house is generally a disaster, as I have three small children, so I will need at least 24 hours’ notice to clean up!

8. What one piece of advice have you found the most important in your writing career?


It’s been attributed to various people and I can’t remember where I first heard it now: “Don’t get it right; get it written.” That’s been instrumental in reminding me that I can only polish the words that actually make it to paper.

9. What are your plans for the coming year?


I just released Irretrievably Broken, the third book in my Sasha McCandless legal thriller series. I’m working on the fourth book in the series, which I plan to release this fall/winter. After that, I may take a breather from the series to turn to a young adult coming of age novel that’s been taking up a lot of brain space.


10. And finally, if you were stranded on a desert island what 3 books would you choose to have with you?
The U.S Army Survival Guide, Identifying and Harvesting Edible and Medicinal Plants in the Wild, and The Riverside Chaucer. With luck, the first two books would ensure my survival long enough for me to make my way through the complete works of Geoffrey Chaucer!

You can buy Melissa's wonderful series here.
The series is available here: http://amzn.to/Lx46qZ
Stop by Melissa's website here. http://www.melissafmiller.com
and her blog here.  http://melissafmiller.blogspot.com
Posted by Mel Comley at 5:38 AM 4 comments