What can I say about this book? Except WOW! Whilst I was reading it I was thinking this surely can't be the author's debut novel, but it blooming well is.
Tracie has crafted a a stunning contemporary romance (not a sweet, heart and flowers romance, so be warned.) Right from the very first page I was plunged into the novel that centres around Tally and Cash's relationship. It's definitely a feisty, almost confrontational one at times. Raw emotions are expressed through Tracie's incredible narration. I don't think I've ever read a book as quickly as I read this one.
Every character was beautifully, and skilfully portrayed. And the dialogue, which is often the hardest part for authors just starting out to get right, was flawless.
Yes, the book ends on a cliffhanger and I might have sworn a little when I realised I'd reached the end, but the second book in this trilogy will be out in a few months and I just can't wait.
Don't take my word for it. Be sure to grab your copy today, you'll be thanking me for the recommendation I guarantee it.

When the opportunity arises for journalist Tally McKenzie to meet tennis ace Cash Gallagher, she grabs it without hesitation. Desperate for a killer story to advance her career, she’ll have to betray her idol and her own morals into the bargain if she is to succeed.

Renowned bad boy Cash wants one thing; to remain at the top of his game. He’s fought hard to get there, and he’s not about to lose his crown, especially over a woman.

When Cash divulges personal information, Tally seizes her chance and writes an explosive article. Incensed, Cash sets out to get his revenge. Except the darling of centre court gets more than he bargained for—a passionate affair with a woman he should detest.

But Cash is a man with secrets—secrets that could destroy his career. Dare he take the risk? Or is the cost too great, even for his perfect match.

Winning Ace is the first novel in an overarching three book series.

Tracie Delaney is the author of the Winning Ace trilogy. She loves nothing more than immersing herself in a good romance, although she sometimes, rather cheekily, makes her characters wait for their HEA.

When she isn’t writing or sitting around with her head stuck in a book, she can often be found watching The Walking Dead, Game of Thrones or any tennis match involving Roger Federer. Her greatest fear is running out of coffee.

Tracie studied accountancy, gaining her qualification in 2001. Her maths teacher would no doubt be stunned by this revelation considering Tracie could barely add two plus two at high school.

Tracie lives in the North West of England with her amazingly supportive husband. They both share a love of dogs, travel and wine.

Tracie loves to hear from readers. She can be contacted through the following platforms 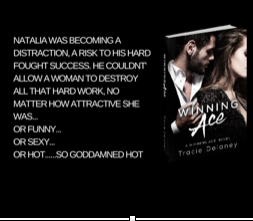 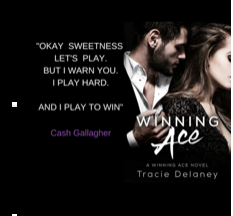 Yippee! It's release day at last for the third book in the DI Sally Parker thriller series. 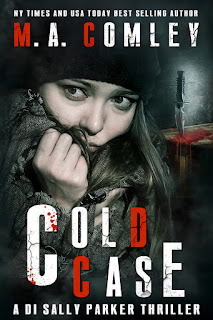 DI Sally Parker has been handed a ten-year-old cold case. However, the victim, Aisha Thomas, isn't just a member of the public--she's a serving police officer's wife.

During the original investigation, the suspects disappeared before they could be questioned. Now fresh evidence has been uncovered, proving the two suspects to be innocent. Sally has to start over at the beginning. She uncovers a few surprises that were either overlooked. . . or purposefully ignored by the original investigator.

When the case threatens Sally's fledgling romantic relationship with pathologist Simon Bracknall, she begins to suspect someone is determined to hinder her chance at happiness--as well as solving Aisha's murder.

Is Sally getting close to revealing the killer or has she stumbled across something even more sinister?

I feel this is MA Comley's best book to date. Just to give you an idea: I lost my reading mojo for well over a month and when I picked this book up, my mojo returned! I read it in one sitting.
I loved seeing Sally's character develop throughout the course of the book. The plot was brilliantly thought out and kept me guessing. - Aisha
All in all another really great book to add to this author's already stonking back catalogue. Bring on the next one, I even don't mind which series it may be. They're all brilliant! - Kath Brink
Cold Case is a page turner of a read that had a totally unexpected outcome. I love how the author always manages to keep something up her sleeve to shock and surprise her readers. Only problem is that the author always leaves me desperate for more as I just can't get enough of her books. - Sarah Hardy
From start to finish I was HOOKED the only down side was it finished.... Michelle Baldwin
To say I loved this book would be an understatement. I personally feel it is the best the author has written to date.  - Julie Simon
Another brilliant book in the Sally Parker series which leaves you guessing right to the very end. I love the way the author brings the characters to life with an insight into their personal lives including Sally's beloved dog. - Annette
Book reading does not get any better than this!!! This is such an in depth read as this author weaves her magic once again. I was truly hooked with the intensity & speed that DI Sally Parker, her partner Jack Blackman & the rest of her hardworking team worked at solving a cold case. - Felicity
A fast paced and gripping storyline that kept me guessing right until the shocking end. - Sue McQuaide Kitt
I devoured this book! M.A. Comley knows her craft and I throughly enjoyed the cold case element to this story.  - Bestselling author Tara Lyons
I absolutely loved this book - a fabulous book. - Leona
I even read this book a second time to see where I missed the vital clue, the link to the mystery. However, there are many suspects, turns and twist.....just when you think you have solved the Cold Case....Great job Mel Comley! - Diane Waters
Mel Comley's books are always so easy to read and once you pick one up its hard to put it down till you've read it. I started and finished this book within a matter of hours and love how the characters are all evolving in this series. - Teresa
Seems as though the action never stops, and as a mystery reader, that is a very, very good thing. Cold Case just keeps you guessing from page to page, until the ultimate revelations are uncovered at the end. - Mary
Another belter of a book from this talented author. Fantastic characters and storyline. - Craig Gillan
This is one of my favourite books by Mel Comley so far. Sally is a fantastic character, as are the others. - Audrey

You can buy your copy today for only 99c/99p at the following sites. I hope you enjoy Cold Case as much as I loved writing it.