This week's Indie Chick is Katherine Owen, this is her truly inspirational story.

This week's Indie Chick is Katherine Owen, this is her truly inspirational story.

This is one story from Indie Chicks: 25 Women 25 Personal Stories available on Amazon and Barnes & Noble. To read all of the stories, buy your copy today. All proceeds go to the Susan G. Komen Foundation for Breast Cancer.
Also included are sneak peeks into 25 novels! My novel, Seeing Julia, is one of the novel excerpts featured. It is available at most online retailers in trade paperback as well as e-book formats. 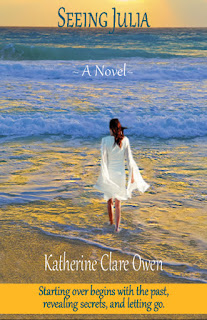 Seeing Julia
Amazon
Amazon UK
Barnes and Noble
Apple/iTunes http://itunes.apple.com/us/book/seeing-julia/id446055623?mt=11
Smashwords (various e-book formats for Sony e-book, Kobo, Apple iBooks and Diesel)
Some of Katherine's other books. When I See You will be available this week on Amazon. 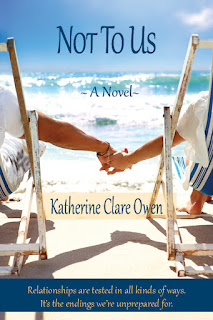 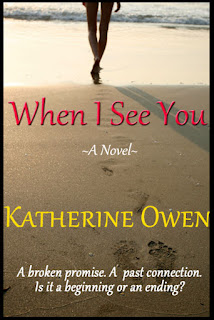 Cruel Justice has now officially had it's highest ranking in the US chart.

Cruel Justice has now officially had it's highest ranking in the US chart. 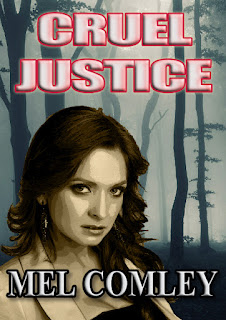 This week my featured Indie Chick is the wonderful Donna Fasano.

Donna Fasano wrote for Harlequin Books for 20 years before becoming a proud Independent Author. She's written over 30 romance and women's fiction novels that have sold over 3.5 million copies worldwide. Her books have won awards and made best-seller lists. Below is the story she contributed to the anthology Indie Chicks: 25 Independent Women, 25 Inspiring Stories. 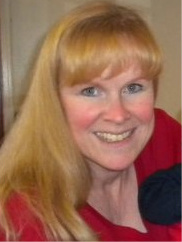 Stepping Into The Light

I sit in the back row, shoulders rounded, knees jumping, my left thumb rubbing a raw spot in the center of my right palm. The sad and lonely sufferings being expressed in the dank, dimly-lit basement are all too real and much too close for comfort. I glance at the door and contemplate escape, but it's too late. All eyes are upon me. I hesitate only a moment before standing on quaking legs, clearing my throat softly and confessing, "My name is Donna. I'm a writer. And I need to come out of the closet because it's dark in here."
Twenty years ago, had there been a group called Writers Anonymous, I would have attended faithfully, pouring out my heart at the weekly meetings. You see, for the couple of years that I spent writing my first novel, I told almost no one what I was doing. My husband knew; in fact, he's the reason I even attempted what felt like the insurmountable task of plotting out and finishing that first book. He's also the reason I ended up in this glorious, chaotic, roller-coaster life I've lived as an author; however, that's a story for another day. But when I first started scratching words on a yellow legal pad with a no. 2 pencil (there's nothing else that stirs my creativity more than the feel of graphite gliding against paper), I didn't tell a single family member or friend.
Why would I keep my dreams and aspirations such a tightly guarded secret?
I would hazard to guess the answer is the same reason anyone else hides things that could have life-altering potential: fear.
What if I failed? What if I had no talent? What if I didn't possess the perseverance to finish that first manuscript?
The mere thought of the snide remarks, tittering laughter and looks of skepticism and ridicule I might receive were enough to keep me silent. My imagination has always been strong, and I easily saw the scenes play out in my head.
So you think you're going to write a book, huh?
But you didn't go to college.
A romance novel? Really?
If you're going to try to write, why not write a real book? You know, like a mystery or a thriller; something someone is going to want to read.
My ability to conjure fantasy has always been a blessing and a bane. When reading a book or listening to someone tell a story or imagining repercussions of actions, visions will take shape in my head. Situations feel real, characters become corporal, while my stirred emotions brim and often overflow. Needless to say, Hallmark commercials make me cry. While powerful creativity is a great and necessary trait for a writer who is intent on concocting a compelling tale, it can become crippling if that writer is too focused on the opinions of others.
However, I also have to confess that keeping that first novel-writing dream all to myself charged me with a vibrant energy. I was excited to get my story down on paper. Seeing my plot unfold was absolutely thrilling! Creating my characters was fun. And the fact that no one knew about my clandestine efforts gave me a huge amount of freedom. No one told me I was doing it all wrong; no one suggested I could never reach my goal.
In defense of all the people I kept in the dark all those years ago, I have to admit that most of them were delighted and supportive when I finally divulged that my first manuscript had been purchased by a bona fide publisher. Oh, there was a scoffer or two, and I continue to meet them; you know the type, people who can't be happy for others or who feel another's success somehow diminishes his or her own self-worth, but I've learned to deal with those people (working with New York City editors forces a writer to grow a thick skin pretty quickly). I merely smile and think about the slew of books I've sold and the fan mail I've received from all over the world.
Those scoffers seem to have come out of the woodwork now that I've reinvented myself as an Indie Author. But venturing into this new arena couldn't have happened at a better point in my life. I'm confident in my ability to tell a good story. I'm more than satisfied with the career I've had, and have no trouble imagining even more success in the future. I saw tangible proof when two of my books made it onto Kindle's Top 100 List. I'm happy with who I've become as a writer and as a person. If my work receives less-than-flattering feedback from a reader, I might not like it, but I also realize it's not the end of the world; I've learned that I can't please all readers all the time. I love the creative freedom I have as an independent author. I can allow my muse to take me wherever it will. I'm terrifically grateful that there are readers out there who are willing to buy my novels. Every time I read a good review of one of my books I want to (and do!) kiss my husband for suggesting I take a stab at this profession (it's a habit that's been very good for my marriage).
So… what's my point? Well, don't let the negative opinions of others keep you from dreaming, for one thing. Most of the scary thoughts that run through your head will never happen, and the few that do materialize can be dealt with. You're stronger than you think. Don't allow fear to paralyze you. Aspire to be and do whatever it is you want to be and do. Be kind to yourself; you deserve the same compassion and concern that you offer others. And most importantly, know that your dreams matter. Indulge them. Reach for the stars! I did, and I'm still astounded that I snagged a few.
~  ~  ~

Donna loves to hear from readers! Ways to connect with Donna:
Her blog, Author Donna Fasano, In All Directions
On Facebook, Donna Fasano
On Twitter, DonnaFaz