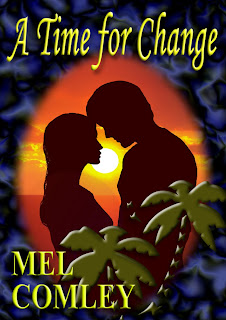 Independent writers have known for some time that the publishing world is changing. No longer do writers have to await the whim of an agent and then a publisher before their cherished work sees the light of day.
This is a double edged sword, of course. It means that a lot of drivel is out there on Kindle and self-published. But it also means that complete gems have come to the attention of readers who would never have had the chance to read the author concerned. Some of these authors have attracted the attention of agents who, attracted by the author’s sales figures, have decided to jump in and offer a contract before someone else does.One of these authors is Mel Comley, a Brit living in rural France. Ms Comley gave up her job in retail a decade ago and, in the wake of a traumatic divorce, moved with her mother to a country they had never even previously visited. After renovating a few houses, she decided on a different path. Ms Comley took a creative writing course, following her life’s dream, and began to write.

Months turned into years and she, at first, saw little success. Rejection followed rejection.
But if there is something to be said about Ms Comley, it is her solid work ethic and her determination never to give up.
“It’s tough when you’re first starting out. You have no idea if you’re any good. I started off writing romances and I had a good response from Mills and Boon for one, but then I decided to change tack to thrillers.”
She uploaded her new crime novel, Impeding Justice, to the wannabe writer site, Authonomy and waged a fierce campaign, spending all day, every day, in front of her computer to get her novel to the top of the chart and under the gaze of a Harper Collins. Authonomy is a networking site as much as a talent site and Mel worked hard to see that her story of a British female cop chasing down murder, kidnap and human trafficking was as recognised as it should have been.
She was rewarded with a gold star from the site and a complimentary review from HC. But they didn’t sign her up and so Ms Comley was left wondering where to go next with her novel. Around the same time, Amazon had opened its doors to all, offering a platform, to writers to upload ebooks to its Kindle platform. Another site, Smashwords, offered the opportunity to upload and have your work syndicated to other ebook sellers such as Barnes and Nobel, Sony, Kobo and Apple ibooks. Ms Comley seized the opportunity and within a few months she was selling thousands of copies a month.The price, at 99c was low. But the volume of sales meant that she had an income for the first time in years and could begin to repay her beloved mother, Jean, who had supported her as she honed her craft. A second novel, Final Justice, soon followed.
“It’s been a steep learning curve. I’ve found that writing is only part of the equation—editing is a huge part of getting the book right. I’ve made some great, supportive friends online who will give you their honest opinions. This is invaluable when you’re sitting by yourself writing.”
But it isn’t just her writing that has brought Ms Comley the sales. For a sizeable portion of every day she can be found promoting her work, and that of her writer friends, on Twitter, Facebook and numerous other sites such as Kindleboards.
She says, “Gone are the days when writers, even traditionally published ones, can write and then do a bit of a book tour. Social networking is everything and I firmly believe it has brought me a large proportion of my sales.”
It’s paid off for Ms Comley. Some months ago, she was courted by two big-name agents and she signed with one of then, New York agent Richard Curtis. He is currently looking for a publisher for her third crime novel in the Lorne Simpkins series, a prequel, Cruel Justice. She isn’t resting on her laurels though. She has an impressive work rate and has turned out two short story books as ebooks and two romance novellas, the second of, A Time For Change, is launched today while she awaits that publishing deal that will bring her work to the attention of readers who don’t possess an ereader. Ms Comley is a shining example of luck creating itself. She works hard, is single-minded in her goals and has learned that the good reviews should be cherished, the bad ones shrugged off.
“At first I was devastated when I got a negative or even so-so review. But these days, the good reviews drive me forward and the not-so-good ones have helped to improve my finished product. They’re all valuable. It just makes me so happy to know that my work is being read and enjoyed by so many people.”
But she cautions anyone who thinks writing is a fast way to an easy buck to think again. It’s hard, lonely work, she says. But for her, there is no other option.
Mel Comley at Amazon.com
Mel Comley at Amazon.co.uk
Mel Comley at Smashwords
Mel's blog is http://melcomley.blogspot.com
Mel's romance blog. http://melcomleyromances.blogspot.com