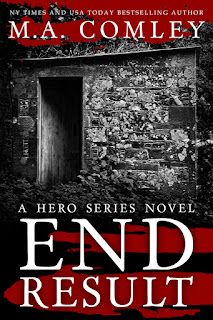 Disorientated, Stuart Daws left the pub and stumbled towards the small terraced house he shared with his wife, Cathy. During the course of the evening, he’d consumed a couple of pints too many and was dreading Cathy getting home from work in a few hours. He didn’t need a crystal ball to tell him the kind of reception he’d get when she saw the state of him. Cathy had no doubt already discovered the housekeeping pot empty. He cringed, imagining the screaming fit ahead of him. But what the heck? I’ve a right to drown my sorrows now and again, don’t I? Never mind that it was mostly his missus’s hard-earned money that filled the pot anyway.
The wind picked up, and ordinarily, it wouldn’t have been fierce enough to affect him much. That night was different, though. He struggled to stand upright, and remaining on course also proved to be a daunting task—the bruises on his elbows were evidence of that. He cursed as he tripped over another crack in the pavement and added yet more bruises to his already painful arm. He nearly jumped out of his skin when an oncoming car blasted its horn, warning him to get out of its path.
He took the shortcut that ran between several terraces whose yards backed onto each other. He used it frequently to get home from the pub, but in the dark and with no nearby streetlights to guide him, he reached out to feel his way up the alley. Stuart foolishly overlooked the bin lying in his path and cried out when his shin smashed against the metal.
“Ssshhh, you mangy mutt. You’ll wake the neighbourhood,” he slurred at the dog growling at him from behind the six-foot brick wall to one of the gardens.
He continued to stagger onwards, guided by the dimmest of lights from one of the houses towards the end of the alley. Concentrating hard on keeping himself upright, he neglected to hear the person sneaking up behind him. Before Stuart had a chance to react, his assailant had wrapped something around his neck, cutting off his airway.
His ears filled with the sound of his own choking. He tried to slide his fingers under the cord eating into his flesh, but it tightened and sliced through the flesh of his fingers. Such excruciating pain. His hands were now caught, trapped under the wire, leaving him only his legs to defend himself with. He kicked out awkwardly at his attacker, but once one of his feet left the ground, he lost his balance and fell heavily against the wall.
“Get… off… me!” The words he’d intended to shout came out a long way short of a whisper.
With Stuart on his knees, the attacker’s job became much easier, and his hold over the drunken man intensified. Stuart felt his attacker pull the wire tighter by crossing his hands at the back of Stuart’s head, totally depriving him of oxygen. Stuart’s body gave up the will to fight off his aggressor, and he went limp. Just before he lost consciousness, he heard the attacker run off. Stay awake, Stu! Someone will find me soon enough if only I can stay awake.
It proved to be an impossible task, and within seconds, Stuart’s eyes fluttered shut for a final time. His life ended at the tender age of twenty-seven.

and in ebook format from these retail outlets: