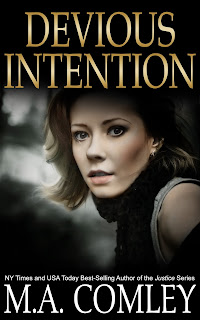 
Their holiday had finally arrived. A mixture of excitement and trepidation had filled Louise since she’d woken to the birds singing their dawn chorus that morning. This would be their first break away together in three years. Louise’s stomach was tied up in knots as they loaded the car. Doubts about whether she was doing the right thing by going away with Matthew had played on her mind for weeks. He settled their four-year-old daughter, Sophie, into the child seat in the rear of the car, closed the door, and beamed at Louise across the roof of their luxury BMW. One look into his deep-blue eyes calmed her. The anxiety she’d been feeling all morning subsided, but for how long, she had no idea. I’m being daft! I’m going to make this the best holiday ever, for their sakes.


Since suffering a miscarriage a few months ago, Louise openly admitted she was an emotional wreck, wallowing in frequent bouts of grief and self-pity for most of the day. She had pushed Matthew away, trying her hardest to deal with her loss in her own way. The thought of him touching her in bed repulsed her to the point of making her wonder if other women who had miscarried went through similar rides on an emotional rollercoaster, or if she was some kind of oddity. The insecurities multiplied when she started having grave doubts about her ability to care for their daughter, something she’d never had cause to do before the loss of her baby. She knew how irrational her thinking had become—the doctors had warned her that her hormones would be out of kilter for a few months—but struggling with the loss had torn her once-contented life to shreds.


Matthew had been there for her. He’d shown complete understanding and joined her in mourning the loss of the baby boy they’d both desperately wanted. However, she couldn’t help thinking that the distance between them had grown in recent weeks. Tears pricked her eyes. Where are you, Mum, when I need you most? She sent out a silent plea for her mother’s guidance from up above. The loss of her baby had also intensified her grief over losing her mother. Now that her mother was no longer alive, she had no one she could truly confide in. Shelley Lancaster had died of breast cancer almost two years ago, but the pain surrounding Louise’s heart was still raw and at times unbearable, especially when she spent time alone with Sophie. The girl was the spitting image of Louise’s mother. When they’d first realised that fact, it had been a blessing, but since her mother’s passing, she knew she was guilty of treating her daughter differently than she had when her mother was alive. Why, she didn’t know. Sophie hadn’t changed, only she had. Does grief do that to people? Change the way they treat their loved ones? She shook her head, trying to concentrate on happier times and the two weeks that lay ahead of them. Two whole weeks!


“Are you ready?” Matthew asked, loading the final heavy suitcase into the boot of the car.


A smile stretched Louise’s lips apart. “As I’ll ever be. Look out, Cornwall. Here we come.”


Matthew swiped his hands together a few times then pointed ahead of him. “Onwards, fair lady. Get in; your chariot awaits.”


As soon as he started the car, Matthew inserted his latest CD in the slot. Adele’s voice filled the car seconds later. Louise cringed—in spite of the singer’s popularity, she really couldn’t say she was a fan of the singer’s so-called haunting voice. Louise had been brought up on the Motown music her parents had loved so much. She and Matthew had such different interests that Louise often found herself wondering why they had been so attracted to each other in the first place.


Their journey began, and before long, Sophie was playing contentedly with her dolls in her car seat, chattering away, asking questions and answering herself in a high-pitched pretend doll’s voice. Louise leaned her head back against the leather headrest and drifted off to sleep, as she had always had a tendency to do on the motorway. She could hear the music in the distance as memories of her beloved mother filled her dream. Louise soon found herself transported back to her own childhood, to the age of four, when she and her mother had travelled to Cornwall after her father’s death in a road traffic accident. Louise hadn’t really known her father that well; from what she could remember, he worked away from home all week in his job as a travelling salesman for a cigarette company.


She remembered the days she spent on the vast expanse of sandy beach at Polperro. Plastered in sun cream, with a straw hat settled on her head to ward off the sun’s harsh rays, she would build dozens of sandcastles then link them all together and surrounding them with a seawater moat. Louise recalled her mother’s warm laughter as Louise fetched bucket upon bucket of water from the sea to fill the moat. Even her meat paste sandwiches had become covered in sand, but it had never stopped her from eating them. She’d been having far too much fun for that.


Suddenly, the day they lost her father penetrated her dream. The memory was so clear. She remembered playing with her Lego bricks on the living room carpet, while her mother was taking a well-earned rest from her housework to read just “another chapter” of one of her soppy Mills and Boon novels. They looked at each other when the doorbell rang. They weren’t expecting anyone, and her mother rarely interacted with the other mothers in the neighbourhood. That had suited Louise because all she needed was her mother’s company to feel content.


Louise hid behind her mother’s legs when she saw the two uniformed police officers standing on the doorstep, their helmets tucked under their arms.


“Hello. Can I help?” her mother asked, her voice quaking a little.


Without saying another word, her mother guided her back into the living room as the two police officers followed. “What is it? Has something happened to Bob?”


The female officer smiled briefly and cleared her throat. “I’m sorry to have to tell you that your husband was…”


Louise couldn’t hear anything more because her mother swiftly covered her ears. She could still see the police officer’s lips moving, and her mother’s hands began to tremble. The next thing Louise knew, her mother was settling her down to play with her Legos again while she sat on the sofa and stared up at the police officers, with tears streaming from her eyes.


The memory drifted as it always did. It was replaced by yet another sad day in her young life. On the day of her fifth birthday, it suddenly dawned on her that she would never see her father again. She was riddled with sadness at a time when she should have been running around and playing with other children at her party. Though she envied the way the other children played without a care in the world, Louise hadn’t wanted the party. Her mother had found her sitting by herself in the corner sulking while the others played party games…


Sophie’s screams interrupted her dream, and her eyes flew open. Though her eyes were slow to adjust, Louise had no difficulty making out the car heading straight at them. She turned to face Matthew.


His eyes were wide as he stared at the oncoming car, and his knuckles had turned white as he gripped the steering wheel. “Hold on, Louise. This guy is nuts. He’s put his foot down. Shit, he’s going to hit us!”


“Do something. Brake or turn away from him. Do it, Matthew! Please, for Sophie’s sake don’t let him hit us!”


He was so distracted by the car that he didn’t respond.


Louise closed her eyes and clutched the seat, preparing herself for impact. The crunching of metal and her head hitting the windscreen were the last terrifying things she remembered.

Grab your copy today on all sites: